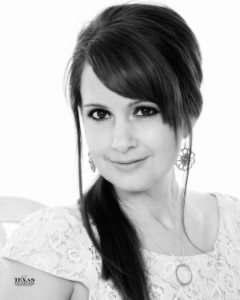 Originally from Carrollton, she is a former R.L. Turner Lionette, where she served as Lieutenant her Junior and Senior year. She acquired numerous dance awards, including being a selected a 4 time ADTS All American, a 2 time ADTS Gold Dance Company member, 4th Runner up Miss Drill Team South Texas Soloist, and a 2 time ADTS National Champion. Carolyn attended Tyler Junior College where she performed as a member of the world famous Apache Belles, serving as Dance Captain her sophomore year, and Texas Tech University where she performed as a member of the award winning Texas Tech Pom Squad, serving as Captain her senior year. She was also selected as an NCA All American. Carolyn received an Associate of Arts Degree, a Bachelor of Arts in Dance and a Bachelor of Science in Dance and Health Education. She also holds her Secondary Teacher’s Certification in Dance and Health. While at TTU, she performed regularly as a member of the Willis Ballet Company. Carolyn continued with a professional teaching career as the Director of the Sanger HS Cherokee Charmer Drill Team, and a professional dance career as a member of the Kansas City Wizards Girls (MLS), Kansas City Brigade Girls (AFL), and Kansas City Chiefs Cheerleaders (NFL). She has also worked as a choreographer, instructor, and judge for American Dance/Drill Team School since 1991, and choreographed ADTS All American and Junior All American halftime performances for Dallas Mavericks games. She has taught at various studios, including Studio J in Kansas City and served as Assistant Cheer Coach for Steppin’ Out The Studio in Lee’s Summit, Mo. Acting is also a part of her resume with numerous commercial credits (Old Spice, Fox 4 Weather, Argosy Casino, Psychic Power Network, etc…), as well as acting performances in short films (“Burned”, “The Enumerators”, “The Apology Dance”, “Cliffhanger Falls”, and “Straight No Chaser”). Carolyn brings her passion for teaching to A Body In Motion and looks forward to training the next generation of performers! 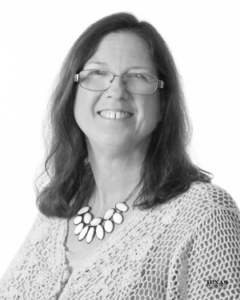 Cindy K. Godwin (Owner, CFO, Administrative Director) is a graduate of R.L. Turner High School where she was a cheerleader and an award winning Lionette. She holds a Bachelor of Arts in Business Administration from Le Tourneau University and has been employed with Coca-Cola for over 25 years. Cindy also owns and operates a successful internet business website, Hurripanel Fasteners, Inc.